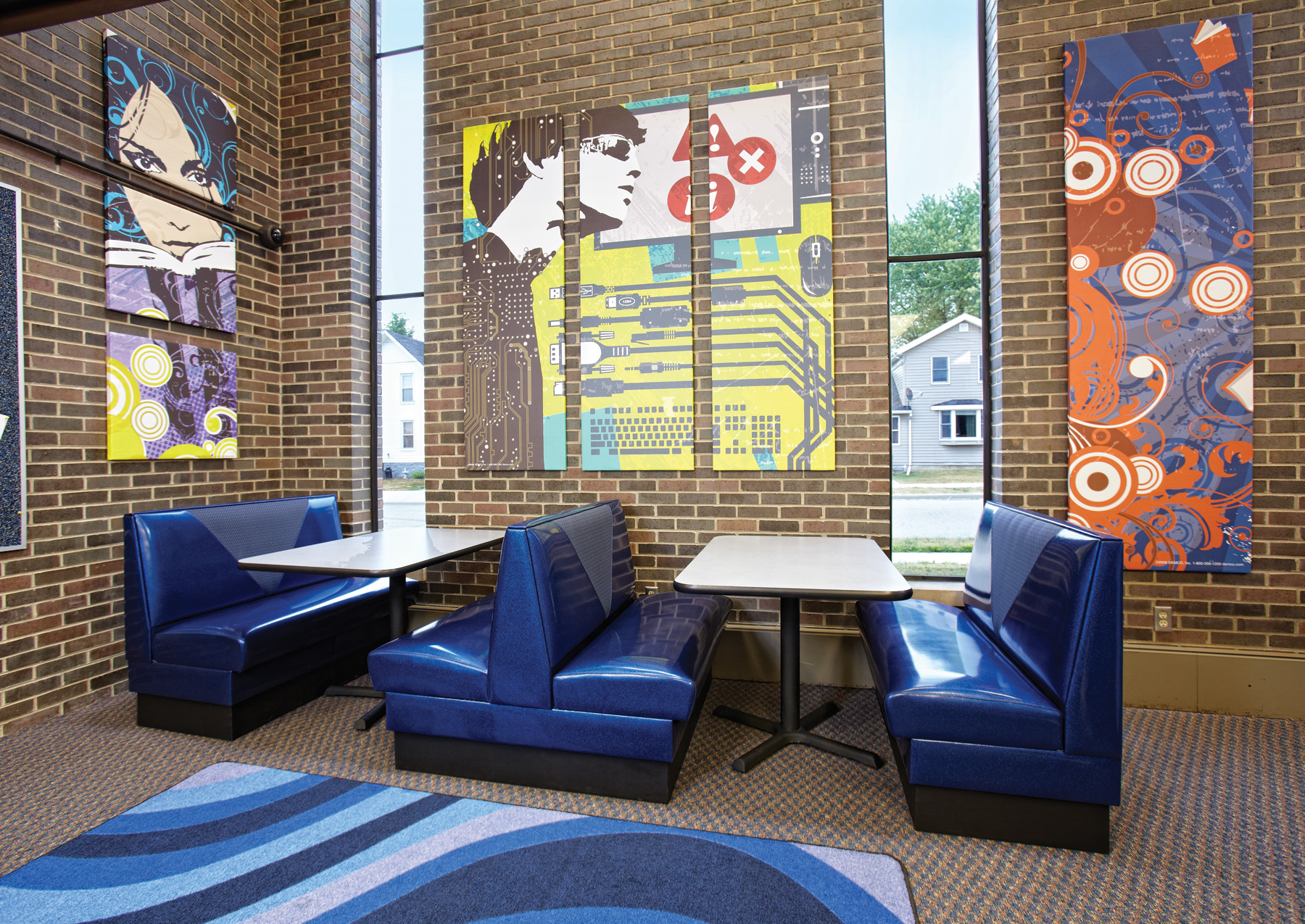 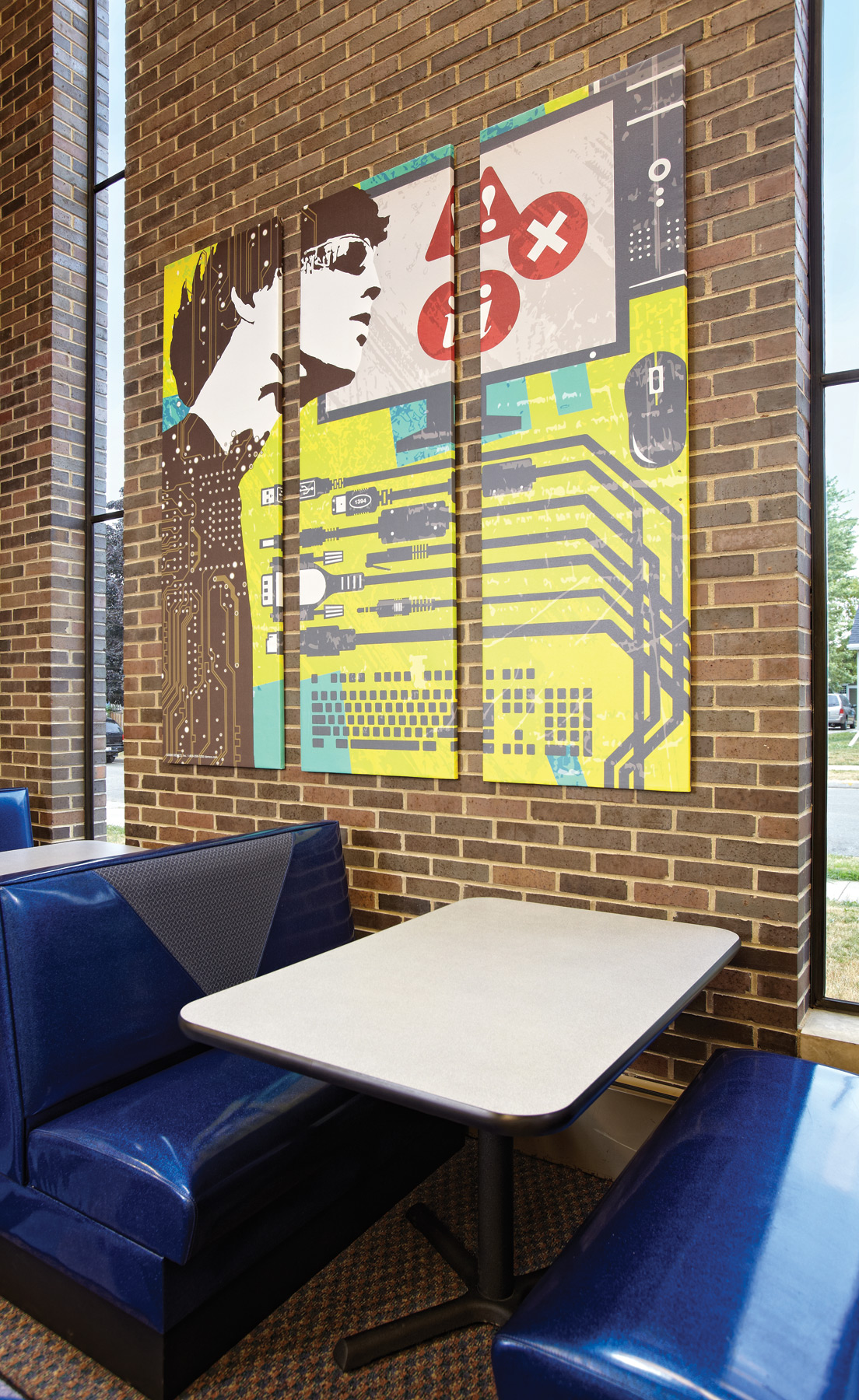 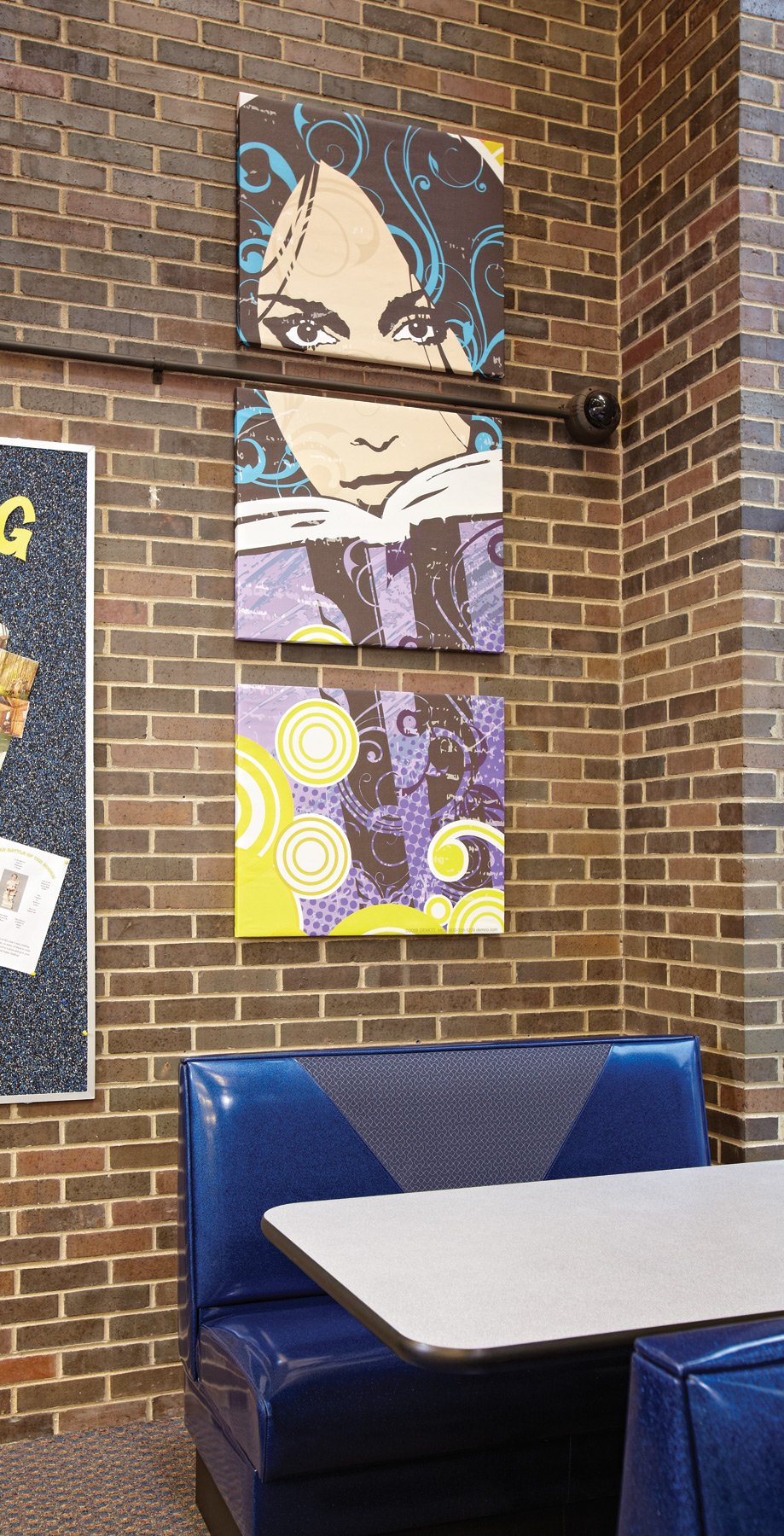 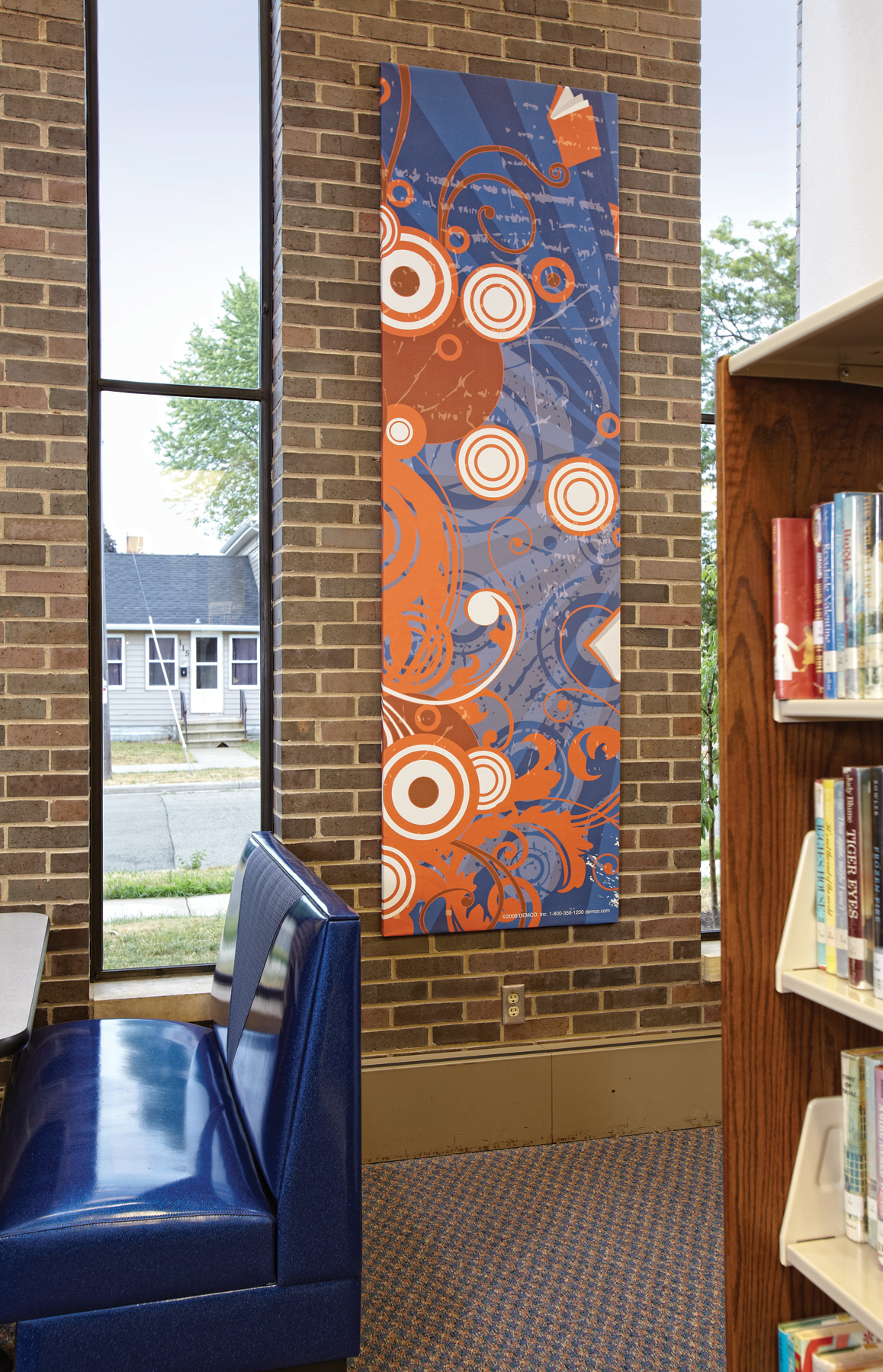 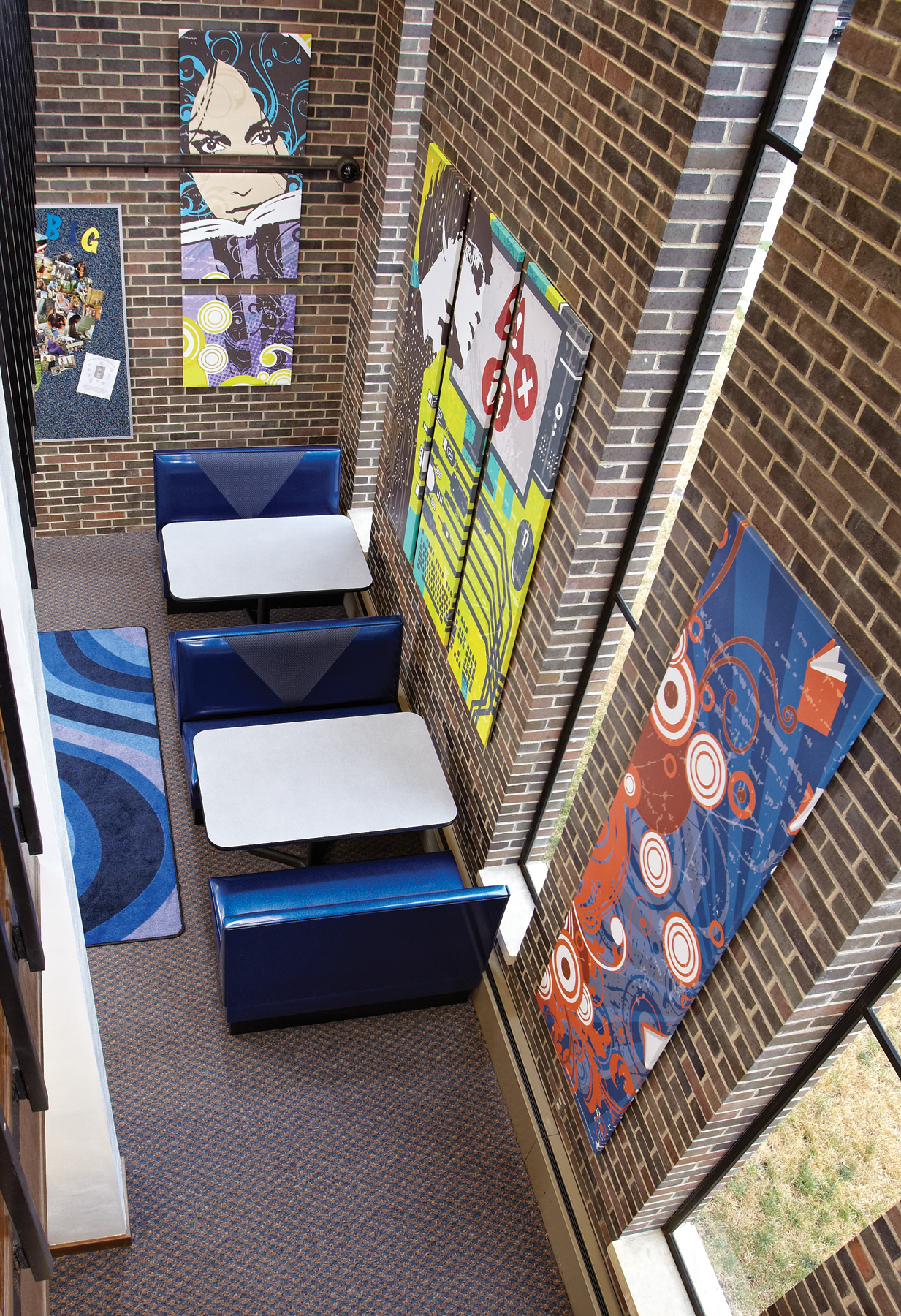 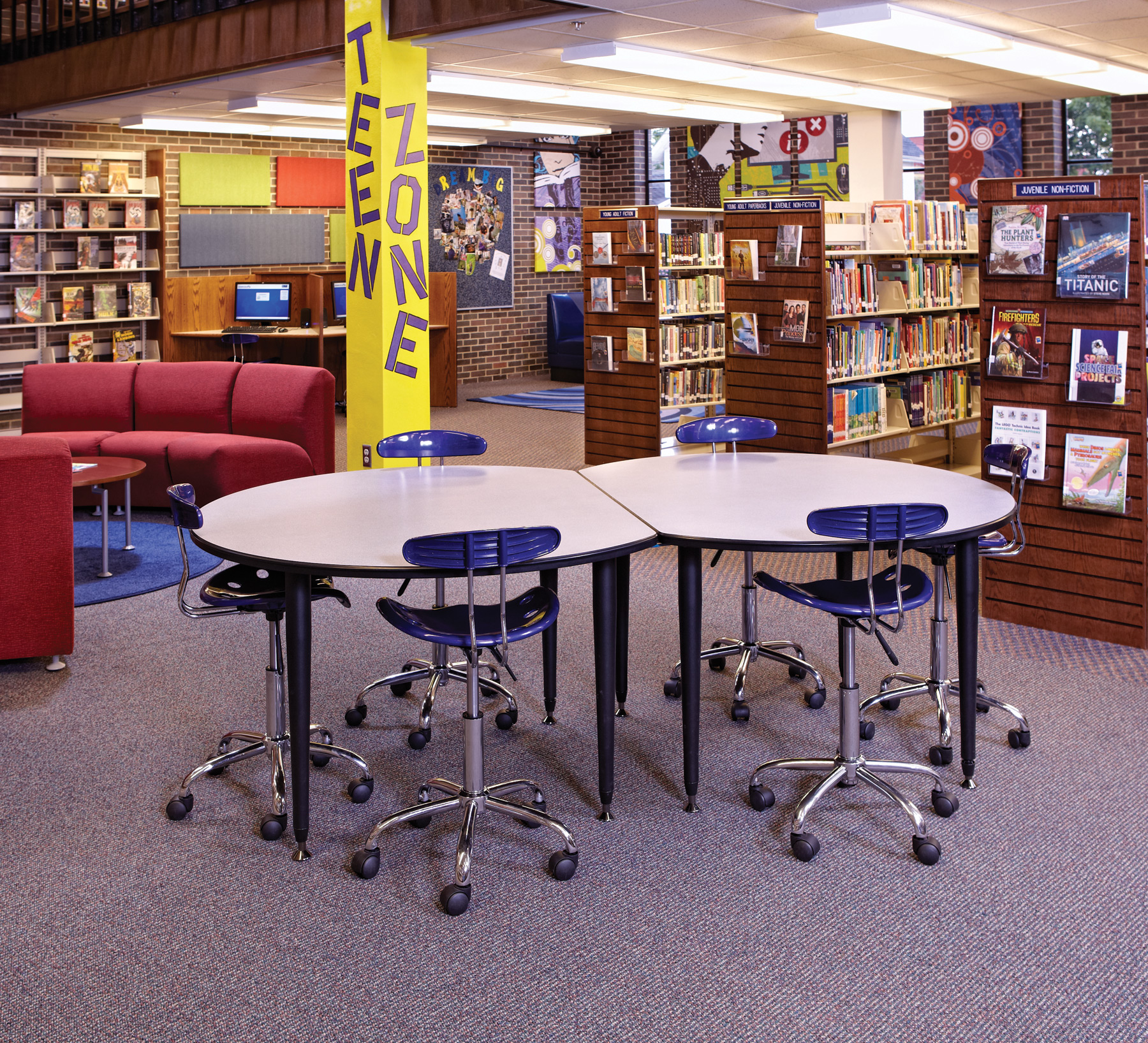 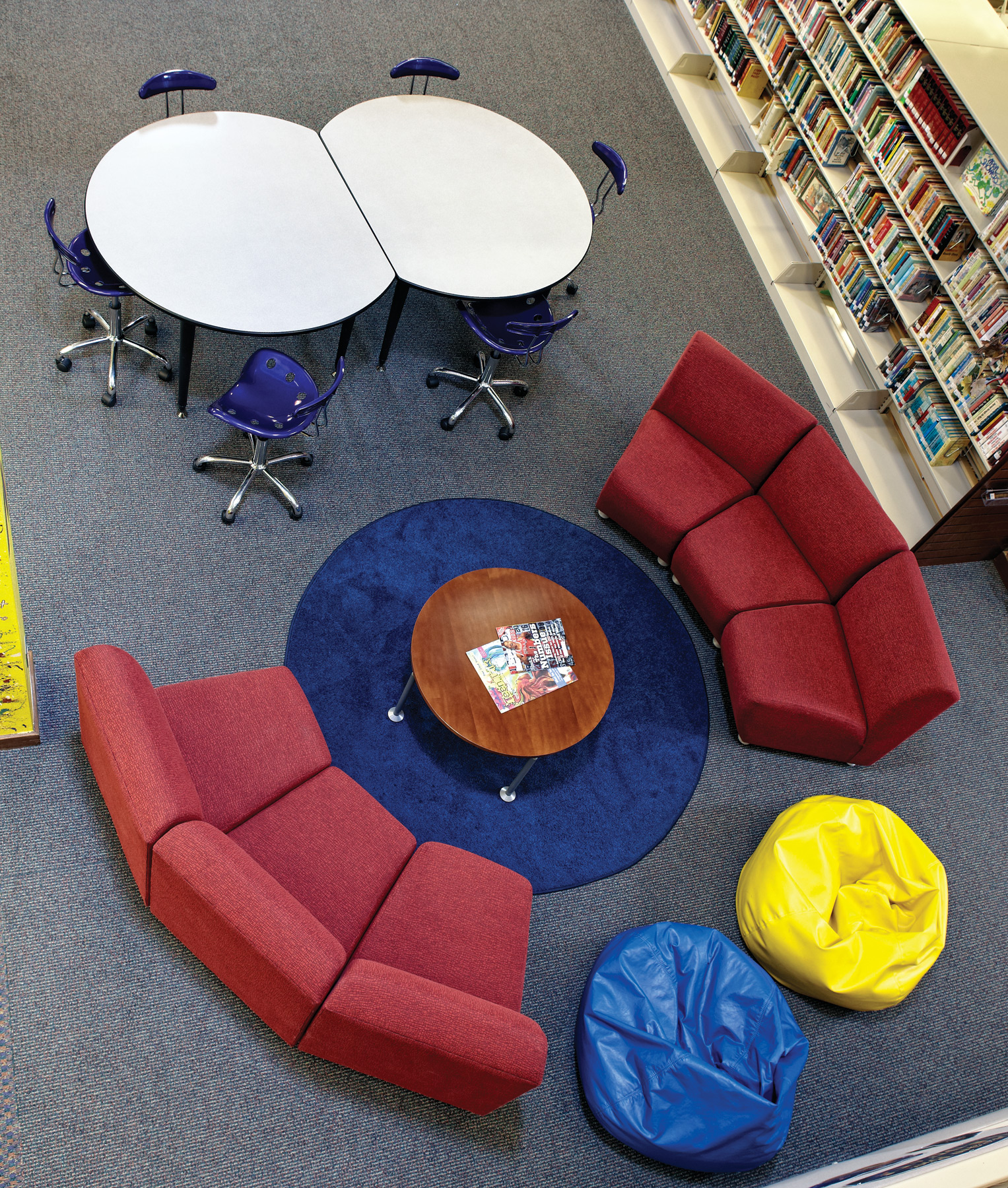 Waupun Wisconsin is a small community of just over 11,000 residents and 3,400 households. It is located two miles from The Horicon Marsh, the largest freshwater cattail marsh in the United States. The marsh is a critical rest stop for thousands of migrating ducks and Canada geese, earning Waupun the title of “Wild Goose Center of Wisconsin.”

One of the biggest drivers for a recent expansion of its public library was to provide a place specifically for teens which represent approximately 10% of the total population. Demco worked with Library Director Bret Jaeger to bring their vision to life. Jaeger recalled, “we envisioned a place of their own, with furniture designed specifically for young adults and an environment that made them feel comfortable.” Jaeger and his colleagues collaborated with a group of teens that provided input in the design of their area — particularly helping with color palettes, layout and furniture selection.

The most striking feature of the teen zone is the multi-panel wall graphics. The design team used artwork from Demco posters and scaled them to become colored wall panels. Another important aspect of the teen area was the soft seating. Jaeger wanted seating that would invite teens to gather in the space, hang out, be themselves, and know that the area was designed specifically for them.

Happily reflecting on the finished space in his library, Jaeger said, “the positive change, of course, is seeing teens in that area. They truly consider it their own.” He excitedly continued to say, “I know we succeeded when people see our teen zone and ask who designed it!”