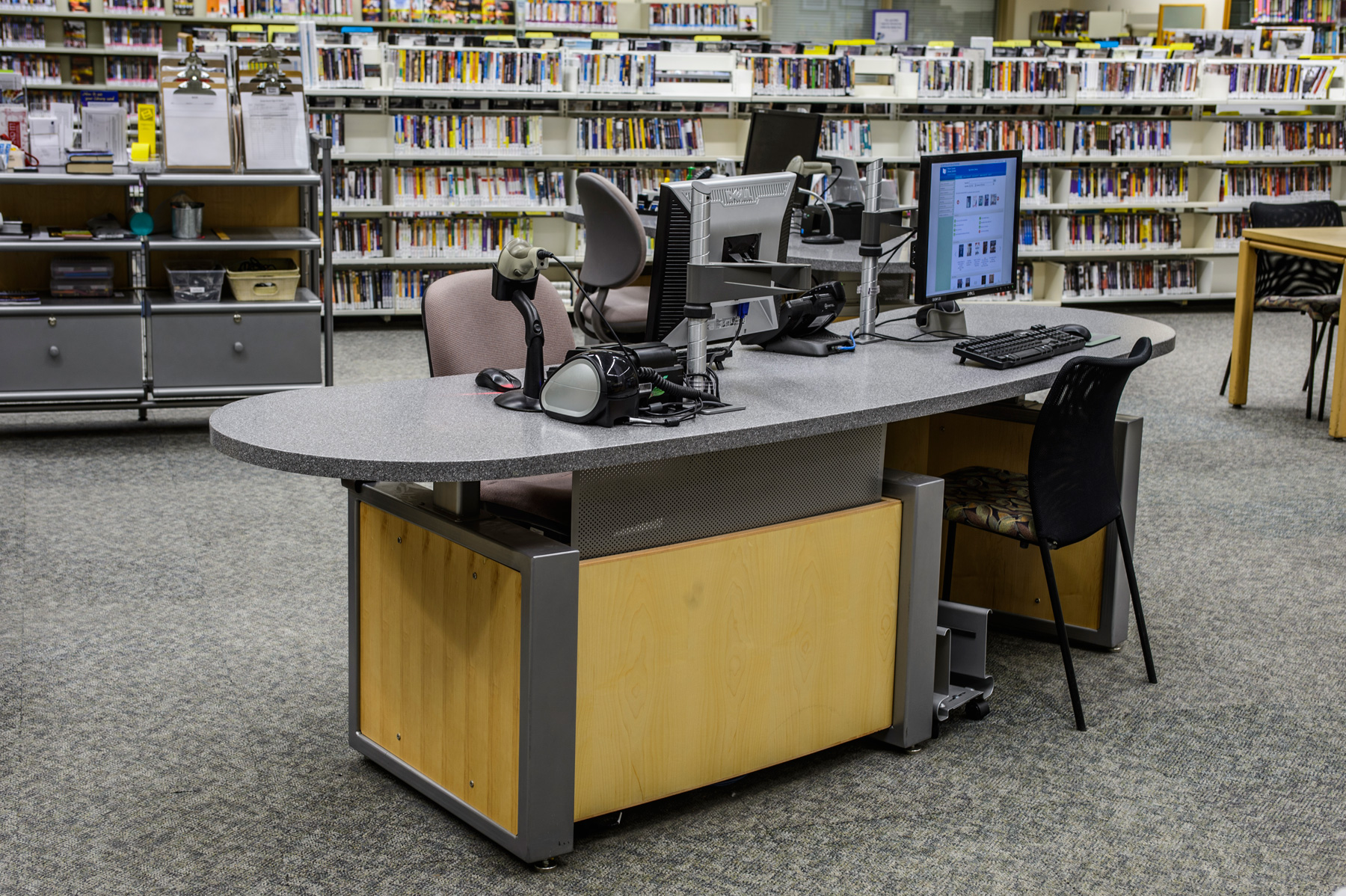 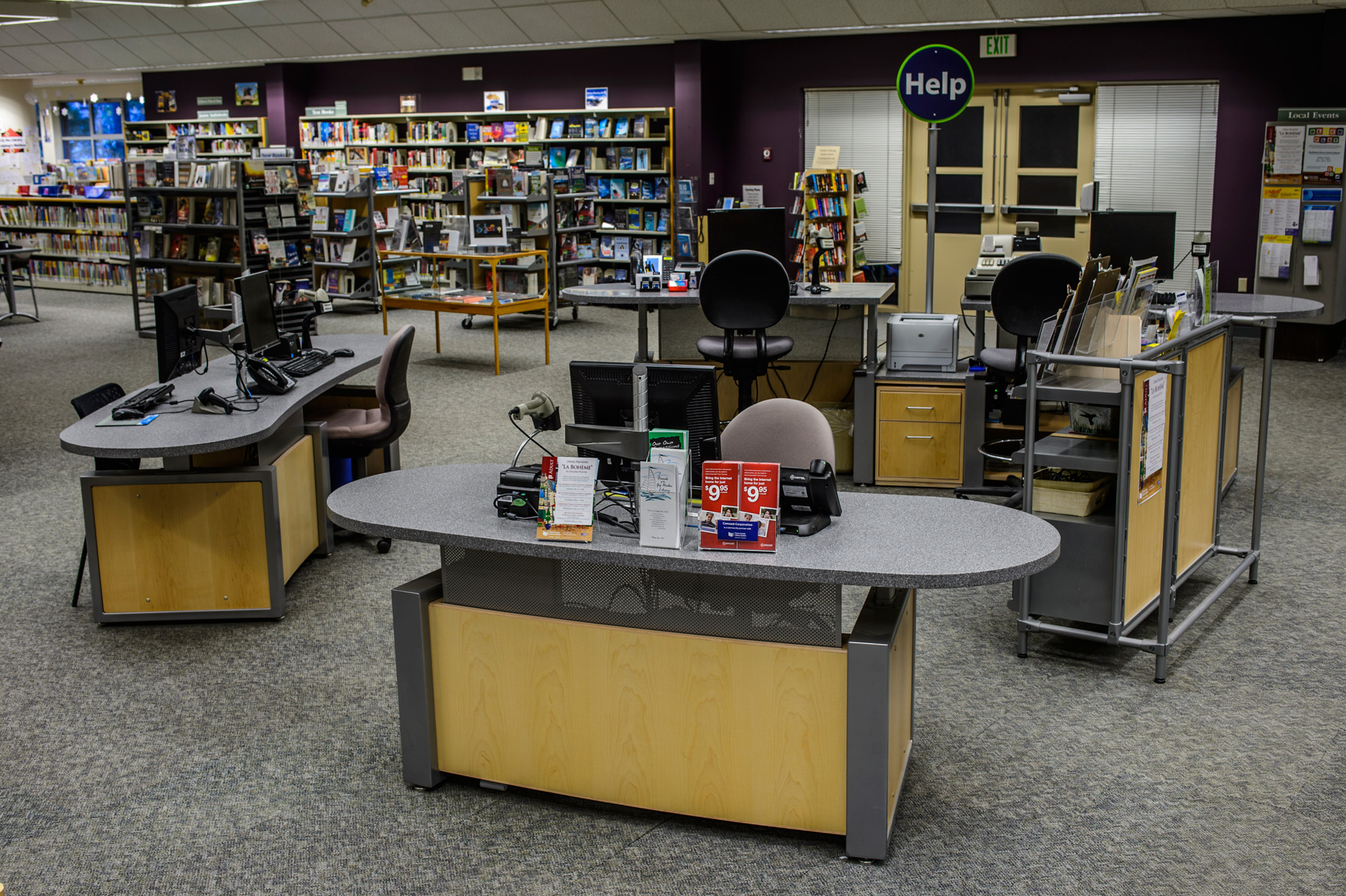 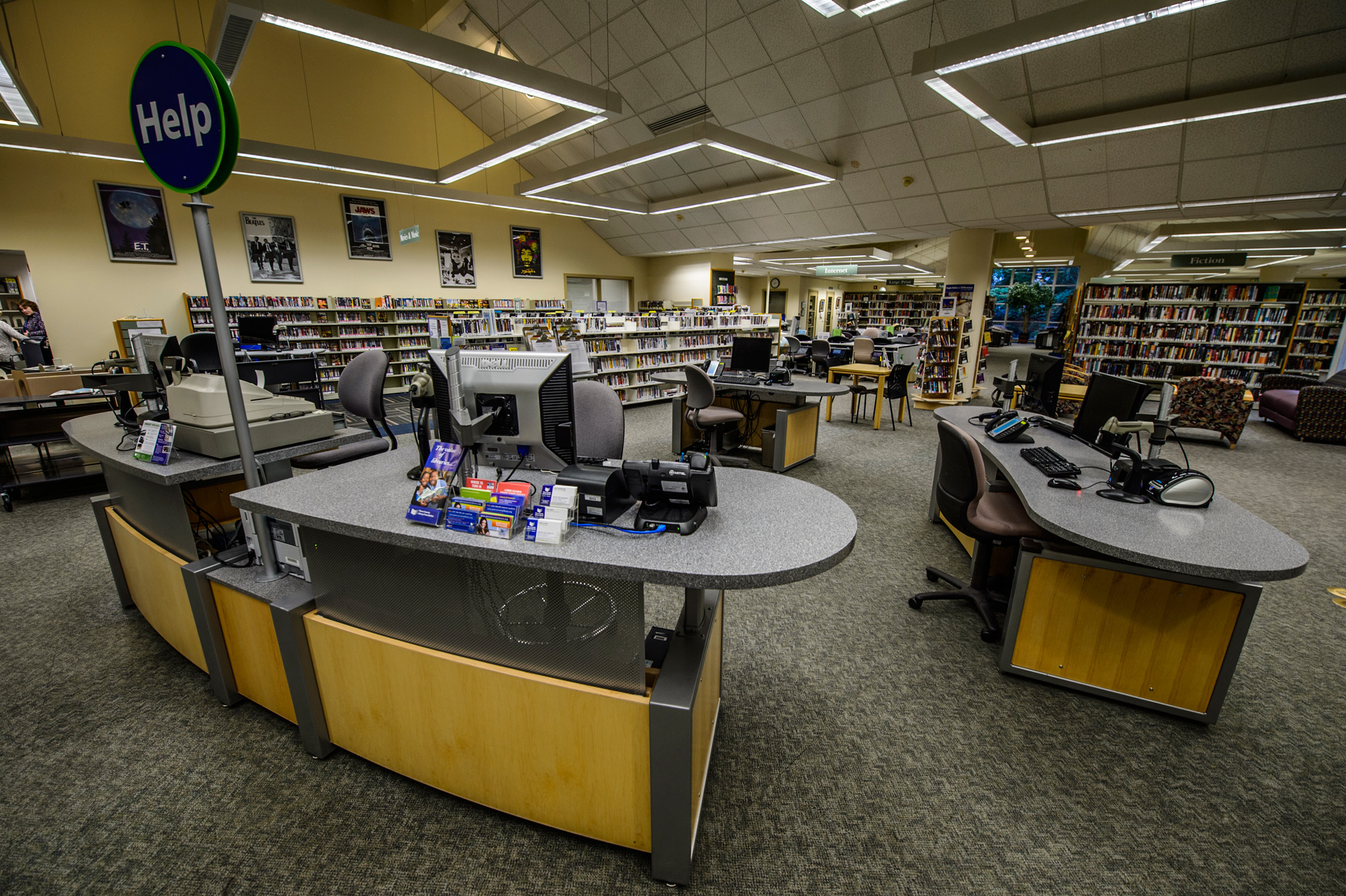 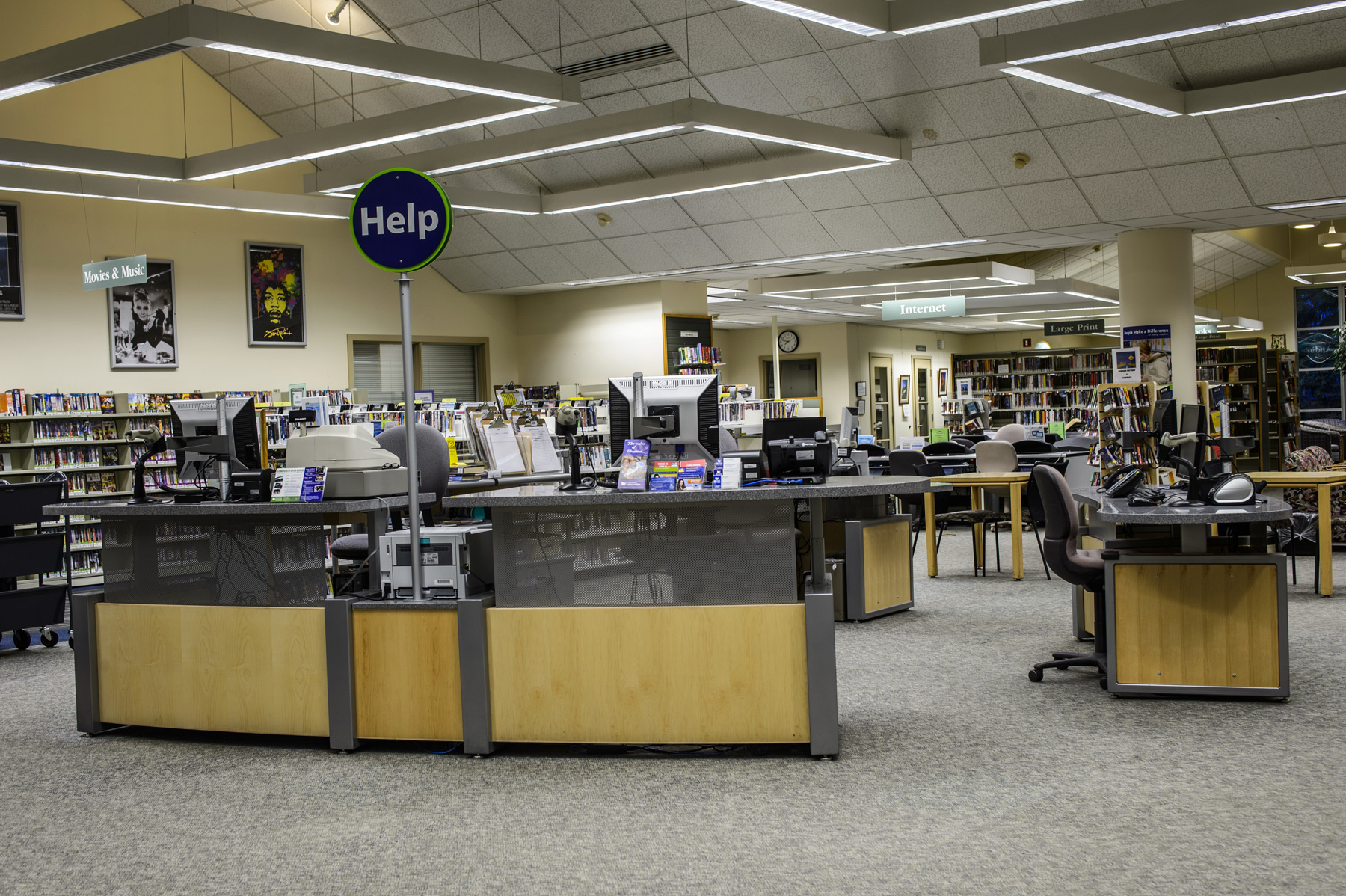 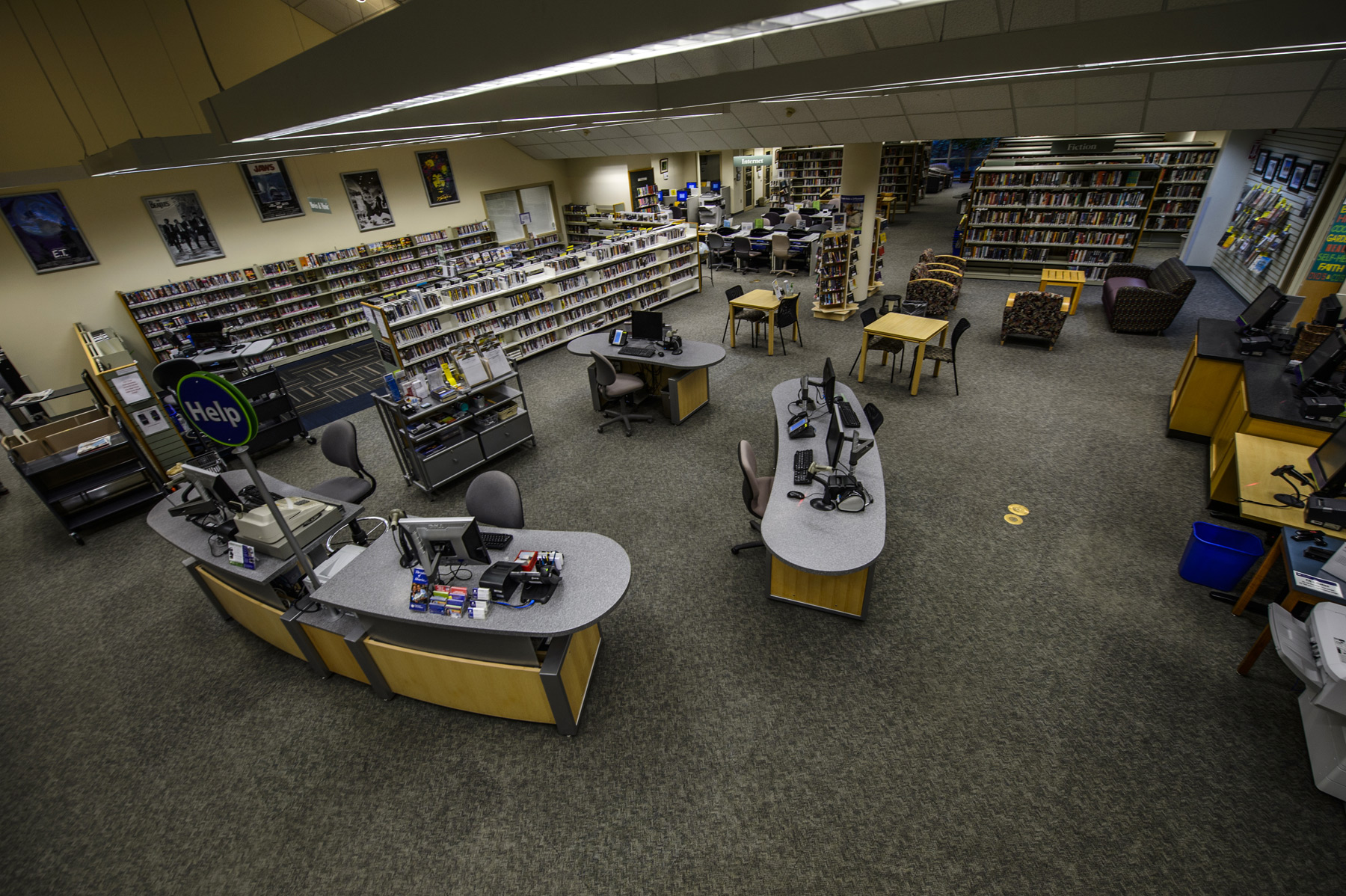 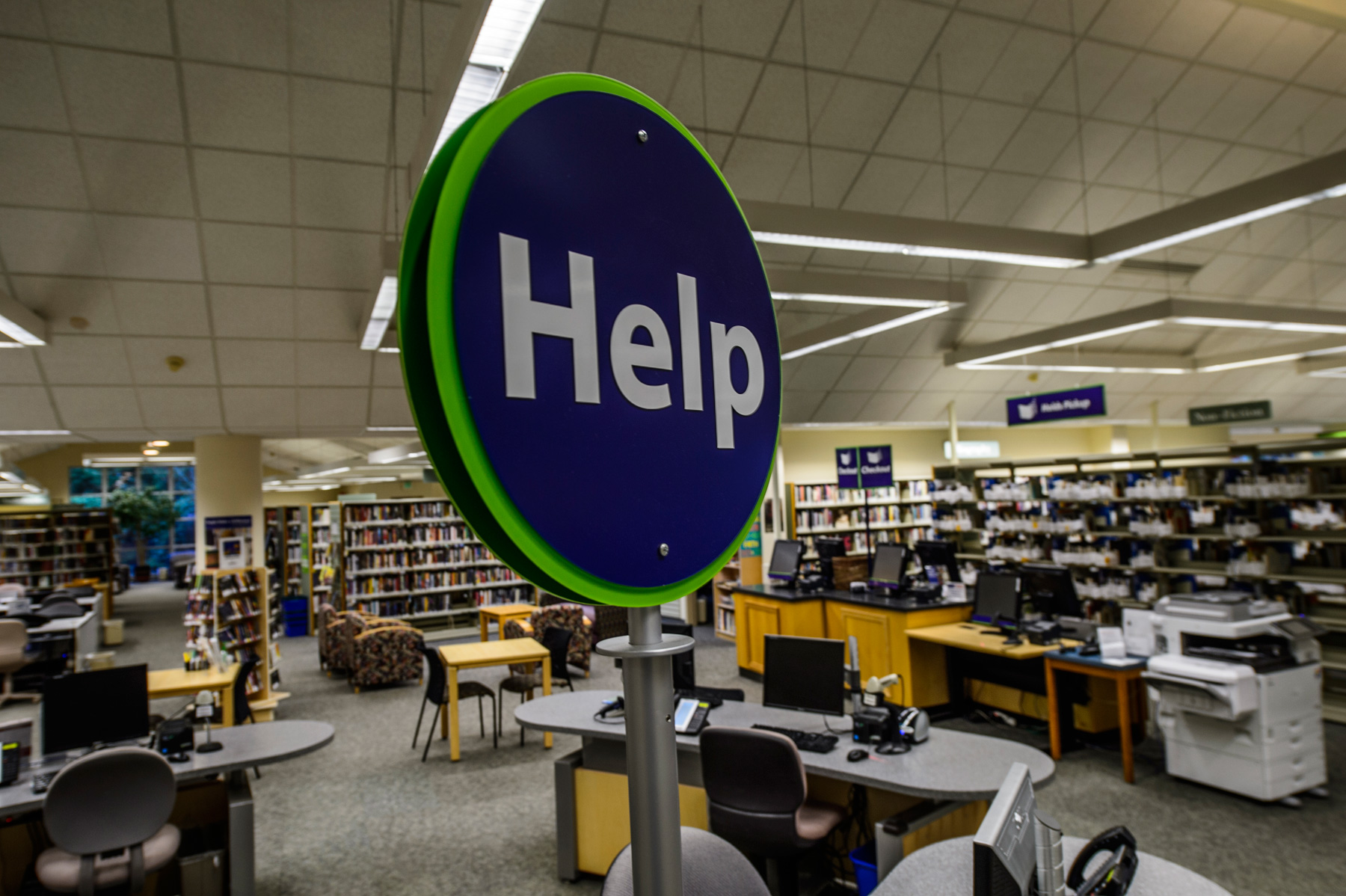 The Pierce County Library System is constantly adapting spaces and programs in its 19 libraries to adequately serve their 500,000 patrons. The need to update their service desks in at least 10 library branches led to a partnership with Demco and the discovery of our TechnoLink desks. Facilities Director Lorie Erickson was impressed with the height adjustability, versatile components, modern aesthetic, and quality of this modular desk. With the help of Demco design team, she used common elements of curved design, ADA patron access points, and a prominent “Help” sign on each library’s desk system to give the service points a consistent look throughout all branches.

The Gig Harbor Branch was the very first branch in the Pierce County Library System to be established. Since it first opened in 1946 the branch went through a series of physical moves as well as expansions and even renaming the library to Peninsula Library in 1981. The Gig Harbor Branch we know today opened its current 15,000 square foot building in 1990 and became the first branch to install a Wi-Fi hotspot in 2006, allowing wireless internet access to patrons with personal devices. All the branches in the Pierce County Library System continue to stay ahead of the curve with their willingness to adapt to the ever-changing patron needs.