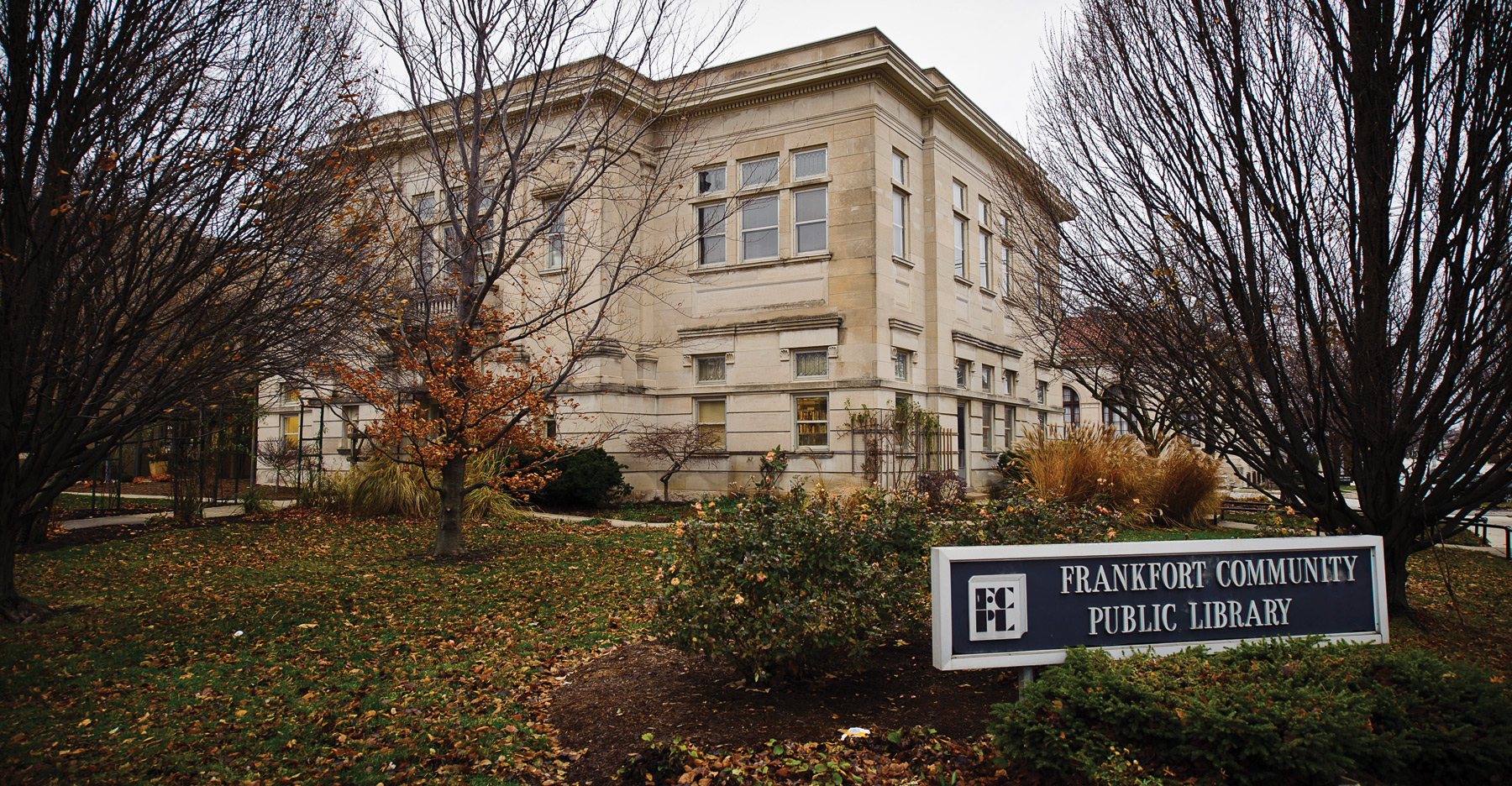 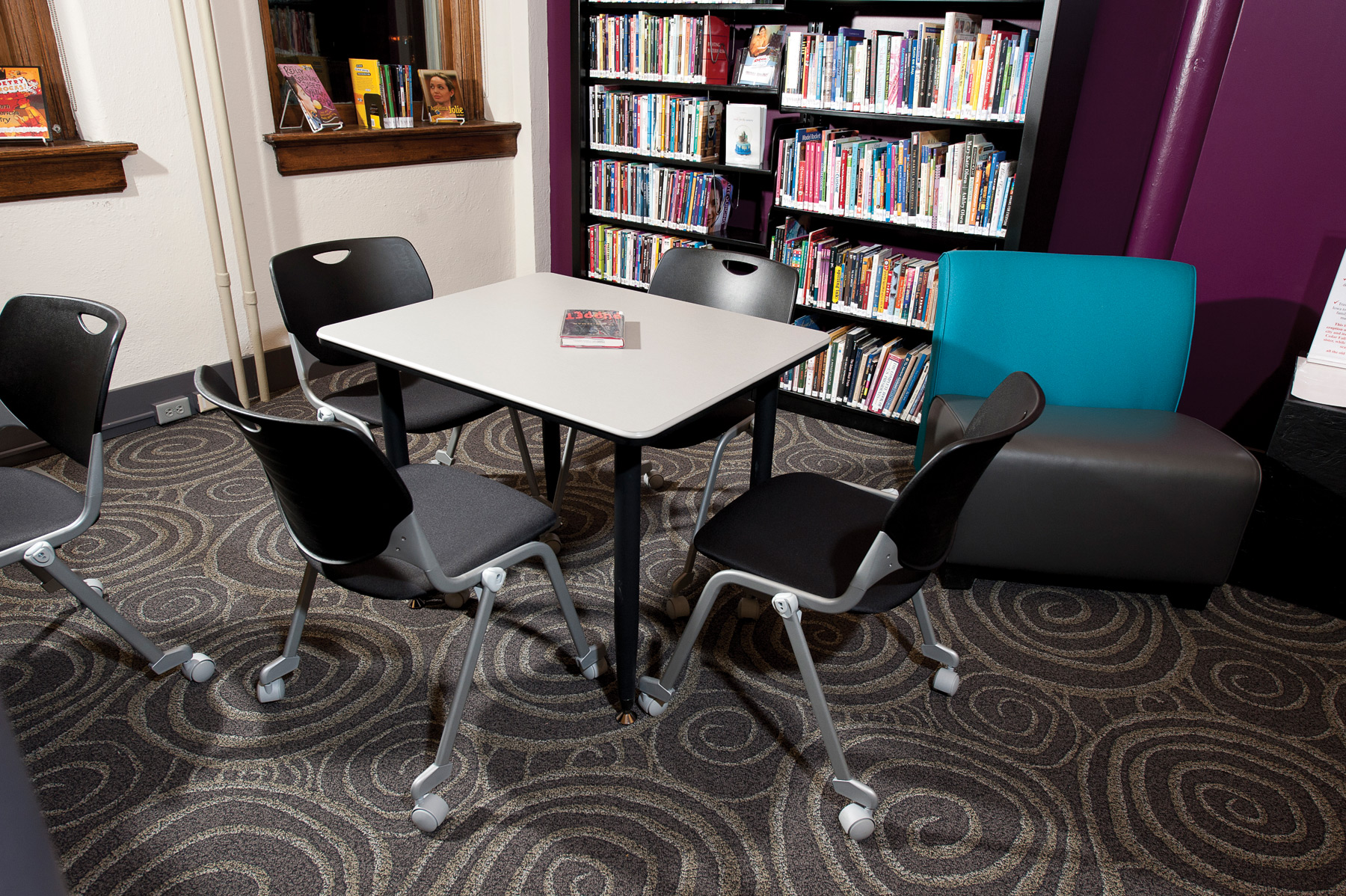 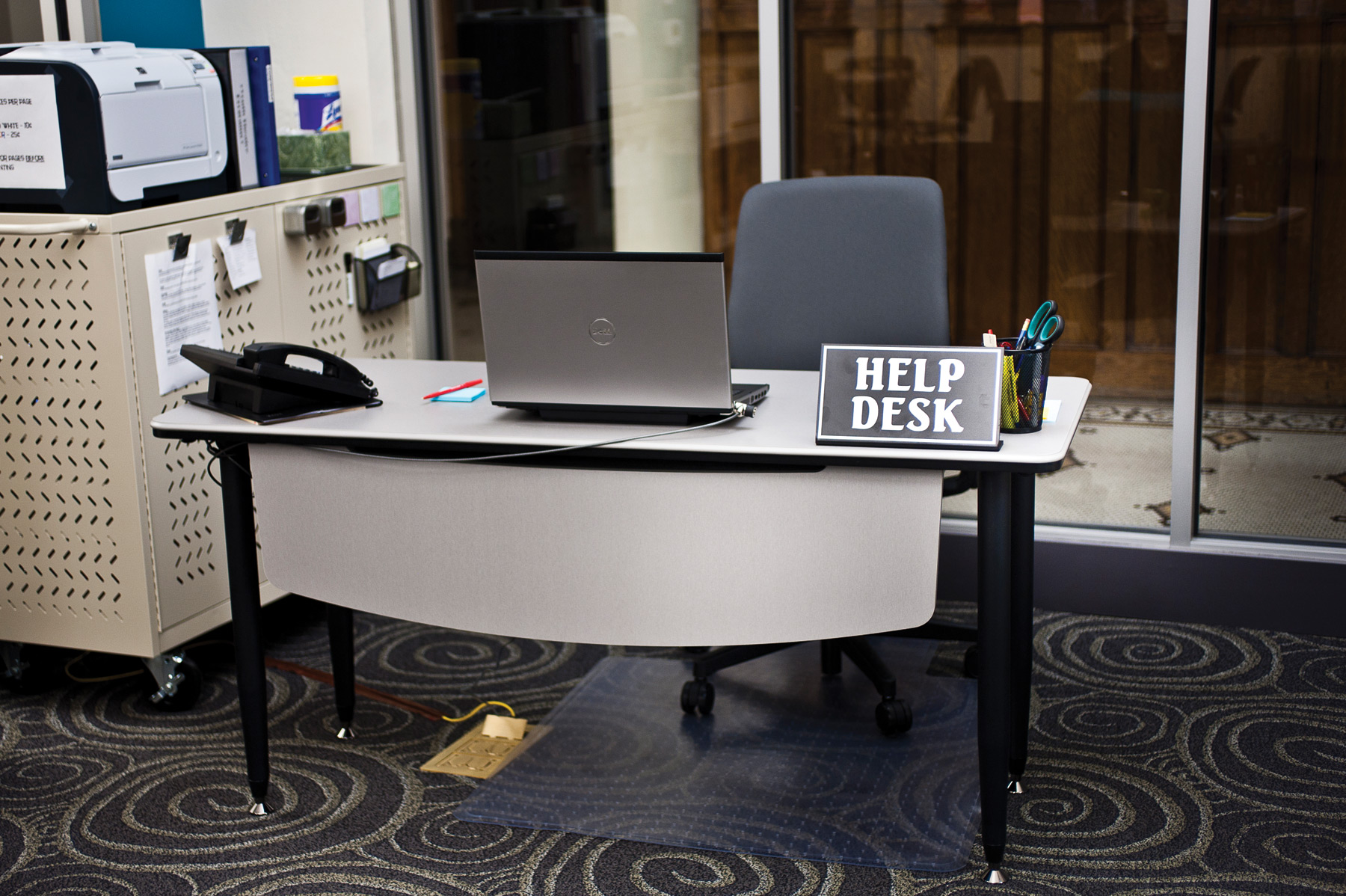 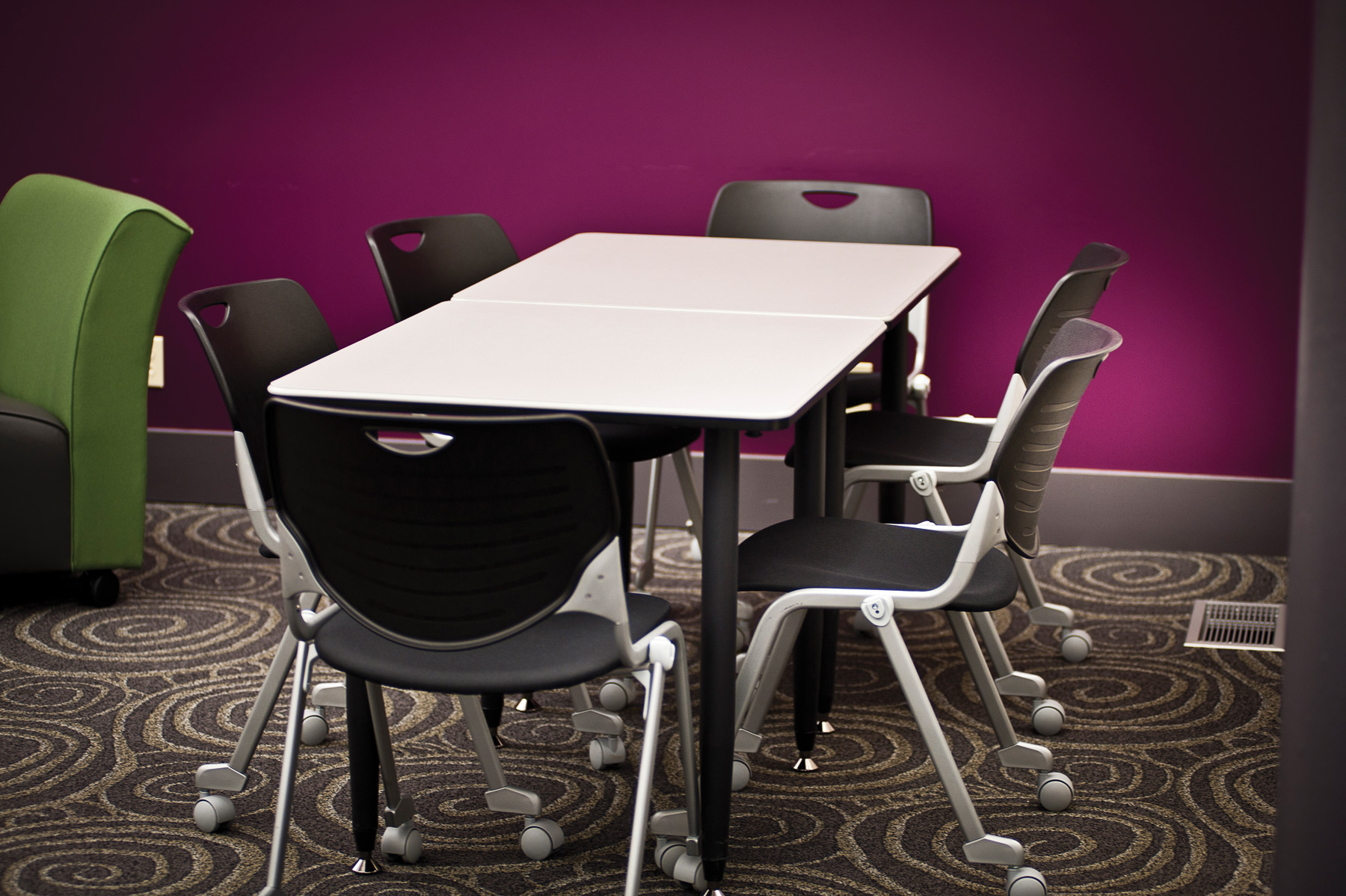 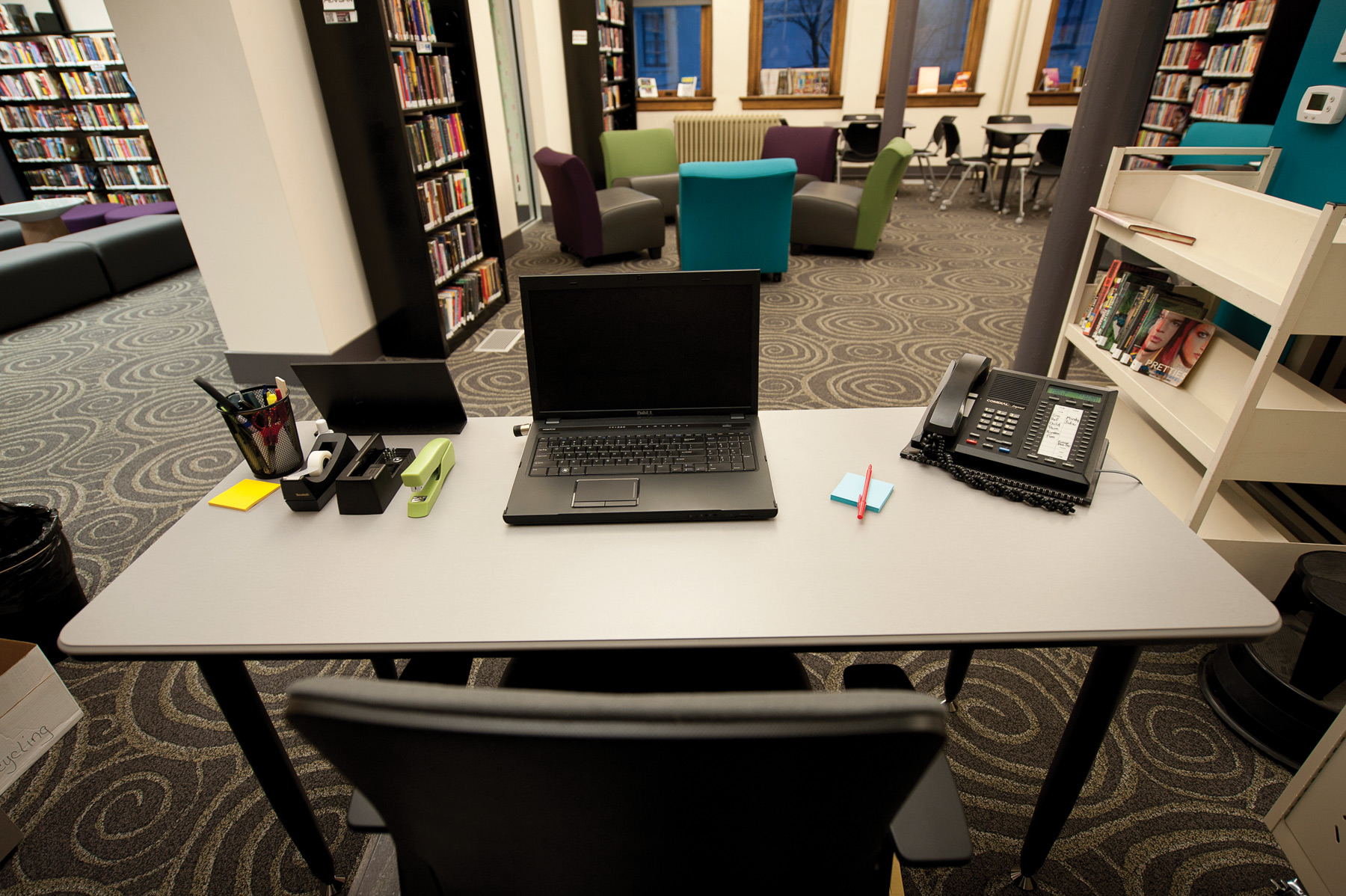 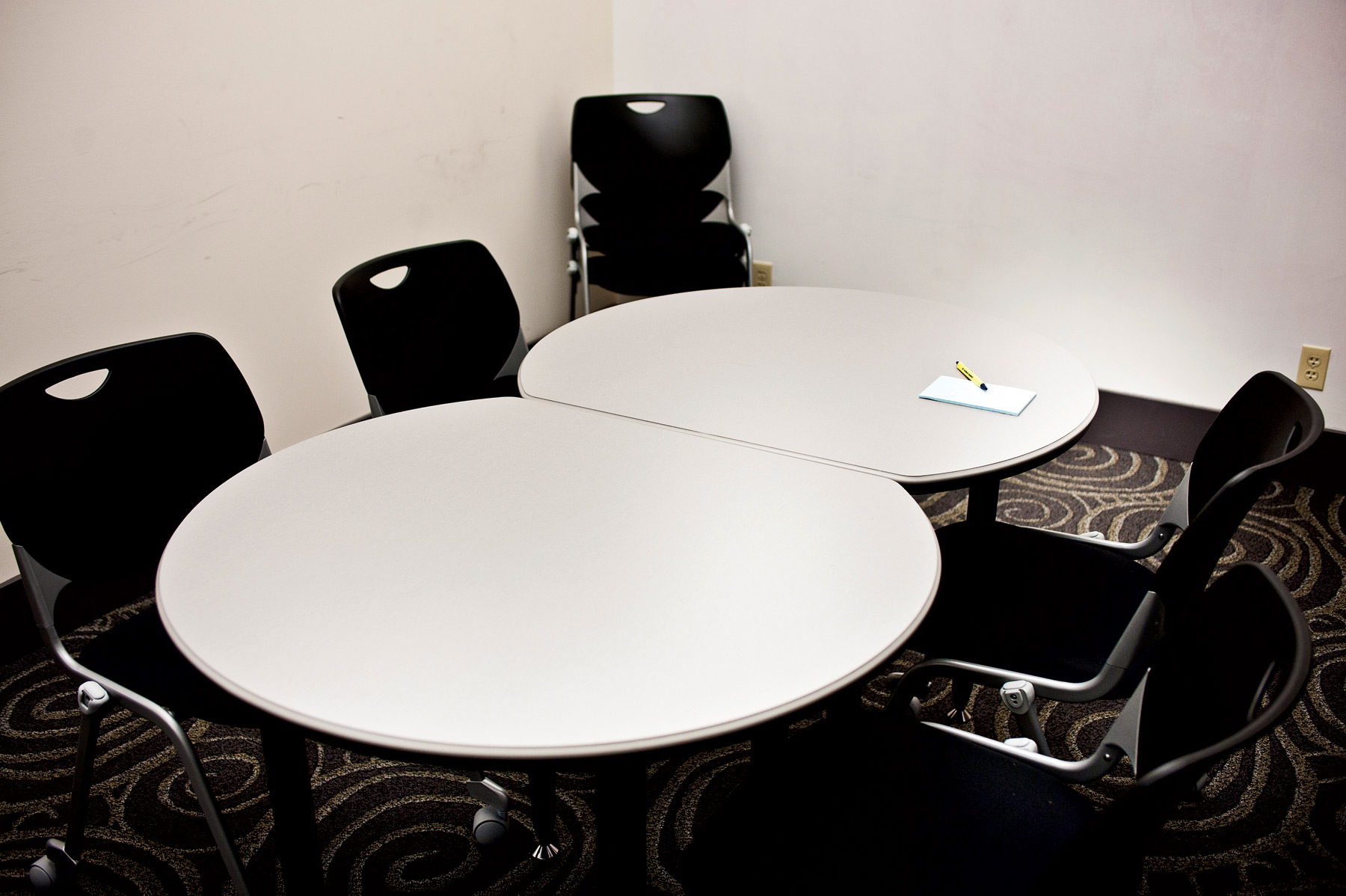 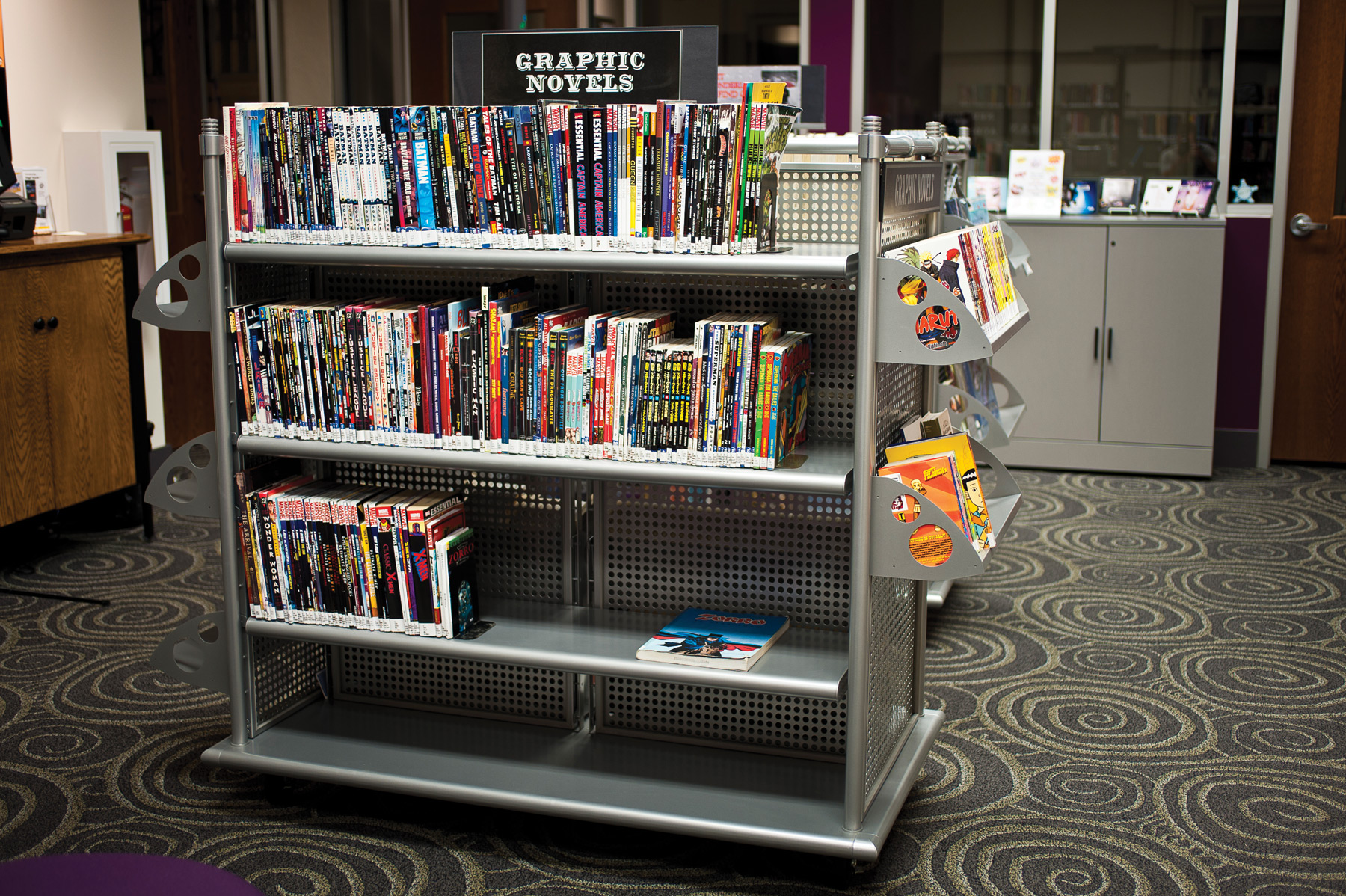 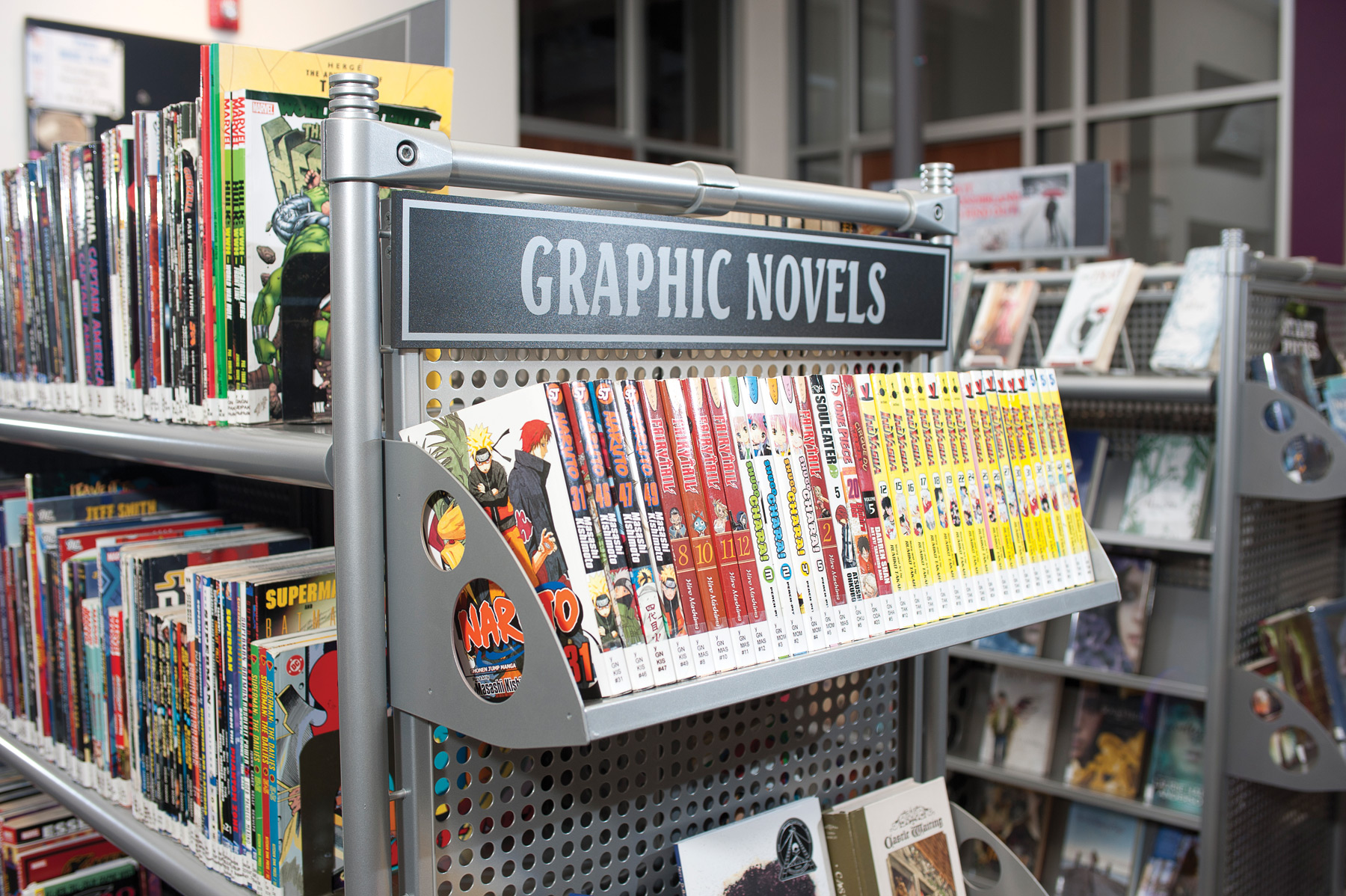 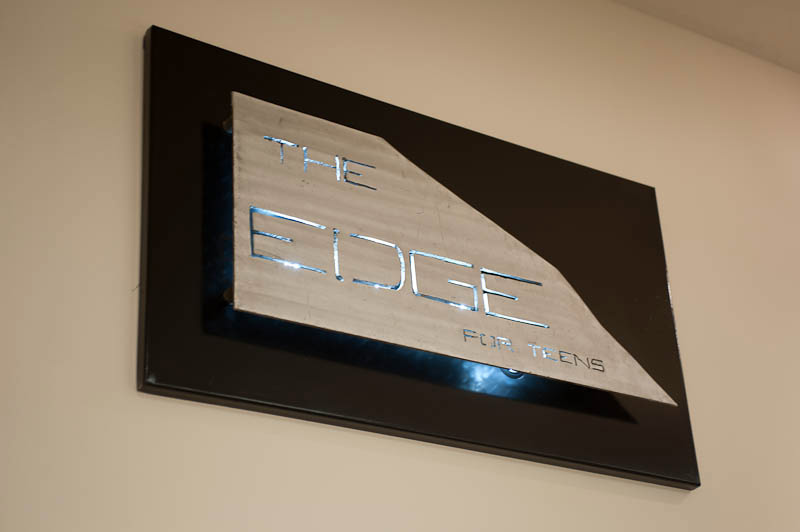 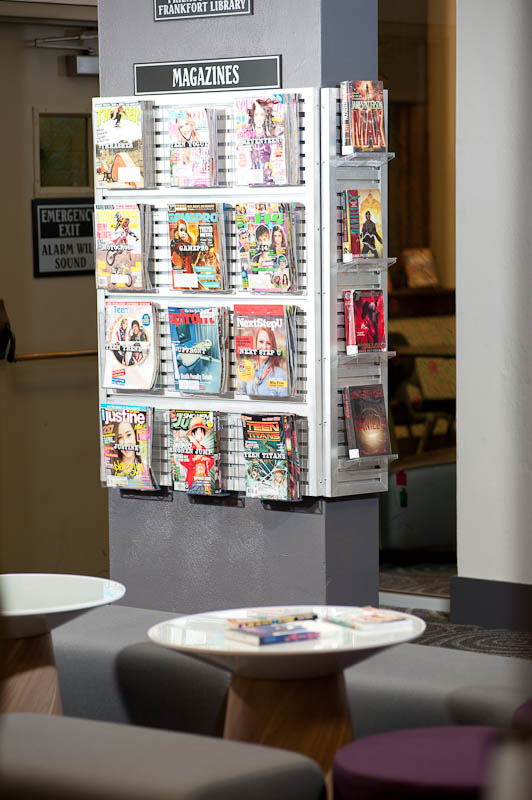 The Frankfort Community Public Library (FCPL) gives teens a space where they can be themselves. The lower level of the FCPL Carnegie building was formerly a staff and storage area, which was then renovated into the teen area and new staff area. The teen area, known as The Edge, consists of two adjoining rooms that are designed and dedicated just for teens. It is in this area that teens study, read, research, hang out, meet with a club or join in any of the library’s various other teen events. The library is constantly bringing new programming to The Edge, including movies, crafts and the art of Harlem Renaissance. There are also program favorites like Wii Gaming, Anime Club and the Read What You Like Book Club. As you can see, there’s something for every teen in The Edge!

The creation of this space was truly a collaborative effort among architects, designers and vendors. Demco submitted a layout, as well as furniture options, based on Kimberly Bolan & Associates’ program, and the final layout was a combination of several people’s work. Demco was one of two vendors selected to furnish the teen-centric layout that encourages teens to make the library their new hang out. A mixture of funky wall and floor displays along with movable tables and chairs welcome teens to their own space. Bold colored accent walls and new complementary furniture create a refreshing look that draws teens into the space. A magazine display that wraps around an existing structural column not only makes the most of the relatively small footprint, but also adds interest and visibility to the collection. Incorporating mobile display shelving, flexible tables, chairs and soft seating helps maximize the space and transform it into a multipurpose events area. The teen librarian’s desk is purposefully located at a vantage point that allows for visibility to nearly every area of The Edge. With its lightness of scale, it can easily be repositioned to adapt to future changes.

This successful teen zone meets quite a few of the guidelines written in the National Teen Space Guidelines, which was put together by industry experts in 2012. Provided by the Young Adult Library Services Association (YALSA), this document is a tool for evaluating a public library’s overall level of success in providing physical and virtual space dedicated to teens, aged 12-18. Perhaps one of the most critical learnings is not to lose focus of the teens and the reason for implementing a teen space in your library. Guideline #5 states that the purpose of a teen space is to centralize the information and recreation resources of this age group while offering teens a safe, supportive and positive space that is uniquely their own. The Edge for teens in Frankfort does just that!